If you found our product cheaper elswhere, contact us and we'll try to beat our competitor's advertised price!

>> Go directly to the contact form
Ross-Tech® HEX-V2® Basiskit Professional
The Ross-Tech® HEX-V2® is the diagnostic system for all vehicles of the VAG Group (Volkswagen, Audi, Seat, Skoda, Bentley) from 1992 to more recent series of models, as well as other small batch series and utility vehicles based on Volkswagen technology.

The Professional Version is especially suited for workshops and professional users because they can diagnose an unlimited number of vehicles from the VAG Group.

Possible applications:
This evolution of the worldwide popular Ross-Tech HEX+CAN interface hardware can , like before, be used with the VCDS software which is based on Windows. In EOBD mode this interface grants access to diagnostic functions concerning exhaust and spanning multiple brands (such as Mercedes Benz, BMW, newer Opel models, all French brands, multiple Asian brands and much more). Furthermore, due to the license dongle functionality of the HEX-V2 interface hardware, the system is mutli-workstation capable. 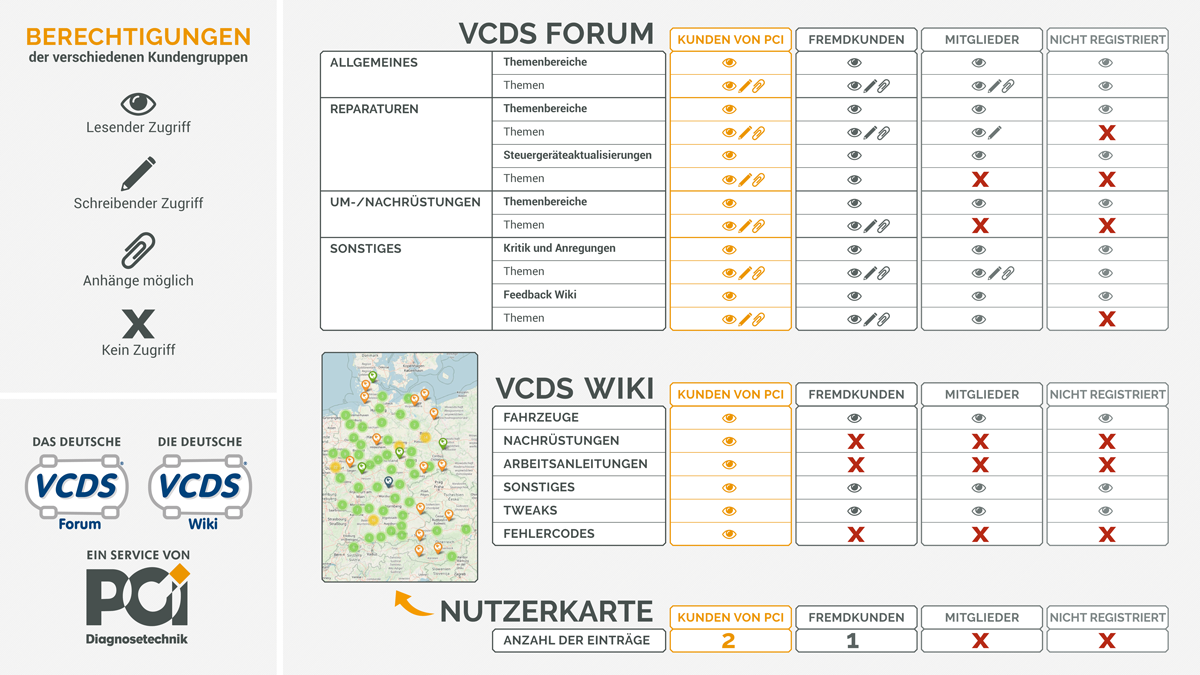 VCDS works on notebooks, Subnotes, Tablet-PCs, most Netbooks as well as standard Desktop PCs. VCDS is not compatible with Microsoft Windows CE and RT! Other operating systems like GNU/Linux or Apple Mac OS are not supported. The usage of virtual machines like for example VirtualPC, Parallels Desktop, VirtualBox oder VMware is not advised.

All supported models are found in our Fahrzeugliste as a PDF file.
You can find the latest software version of VCDS hier.
To download the user manual please click hier.
The difference between the Ross-Tech HEX-NET and the Ross-Tech HEX-V2 diagnostic case is found hier.

Other customers have also bought the following items